How To Get Rid of Spider Mites in the Indoor Garden

This article written by Chris Bond about how to get rid of spider mites was originally published in 2015, Garden Culture Magazine US Issue 8. It originally appeared under the title, A Mite-y Problem.

Spider mites are small, sucking pests that can be difficult to see without the aid of magnification. They are usually brown or translucent, yellow or green in color, sometimes red, and are as small as 1/50th of an inch (.5 mm). A hand lens of at least 10X magnification is usually required to positively identify spider mites. Both the adult mite, and their immature progeny can do extensive damage to plants. The most common species encountered by the indoor or home gardener is the two-spotted spider mite, Tetranychus urticae Koch. They are known to affect well over 200 species of garden, field, greenhouse, and hydroponic crops. The life cycle of spider mites is very rapid. It can vary some between species, and varies with temperature, but with all mites, it includes the egg stage, the larval stage, two nymphal stages (protonymph and deutonymph), and the adult stage. At about 80°F, (26.7°C) spidermites evolve from egg to adult in as little as five days. It can take several weeks in cooler temperatures. When unchecked, there are many generations of spider mites per year. Adult females live for up to one month, and can lay several hundred eggs during that time.

Mites do their damage to plants by sucking out the sap from the leaves. Their pattern is to start on the undersides of leaves, and then move from leaf to leaf, as they drain the plant of its vital liquid, and as the mite populations continue to explode. Damage to plants from mites appears as yellow-speckled or mottled leaves, appearing on the undersides of leaves or needles first, but quickly evident on the tops as well. If unchecked, the leaves eventually turn yellow or brown, and the entire plant will die due to its inability to photosynthesize.

Like spiders, mites spin webs. They travel about on their network of fine webbing, and often this is visible after mite populations start to swell.

To test for the presence of spider mites, place a sheet of white paper under the leaves of your plants, and tap or shake the leaves. If there are mites present, some should fall on the paper and appear as moving specks across the paper. Black specks of frass (fecal material), amber-colored eggs, and white skin-castings are another sign that mites are present.

Mites are often inadvertently spread by people. An innocent visit to a local garden center can mean returning to your grow area with some unwelcome hitchhikers. If possible, change your clothing before entering your garden spaces, and make sure to sanitize your hands thoroughly before and after tending to your plants. They can also travel on a slight breeze on their web. They do overwinter outside under leaf litter and other organic debris, so it is possible that an otherwise clean growing area, can quickly become a host site for a spider mite outbreak when it warms up in the spring.

Their natural distribution is throughout Europe and North America, ranging from temperate zones through the subtropics. They can survive through even the harsh Canadian winters in the microclimates created near homes and buildings. Mites do best in warm and dry conditions. If possible, your grow area should be kept as humid as possible, or at least as much as your indoor plants and crops can tolerate. This can be done by periodically misting your plants, undersides too, with a spray bottle. Make sure also that you do not let your soil get too dry between waterings either, as this can promote the spread of mites as well. 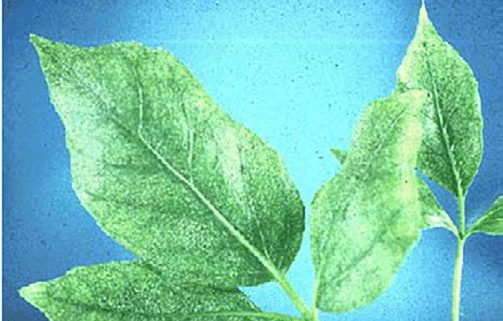 Anytime that you intend to introduce new plants to your growing areas, they should be temporarily quarantined to make sure they are not housing a mite population. Further prevention includes selecting species of plants that are known to be less susceptible to mite damage.

How to Get Rid of Spider Mites? Control…

Spider mites are not true insects. For this reason alone, many gardeners fail to control them with widely commercial insecticides. They are 8-legged arachnids, and can only be controlled with miticides, or those formulations and controls which are meant to kill or disrupt the biological activities of spiders or ticks. If possible, take your plants outside to treat them, so that you are not just knocking the mites off, only to return to their original host, or to move on to another. If this is not practical, the same effect can be achieved by taking your plants into the bathtub to treat them so that any mites knocked loose simply disappear down the drain. This option, though should not be used with chemical insecticides, as they will eventually find their way into the water supply.

Regardless of your choice for organic, natural, or synthetic control, it is wise to treat only a small area of an infected plant first to check for phytotoxicity, which causes damage to the plant by the remedy. Some formulations can actually burn leaves of sensitive plants, so it’s best to read the entire label to make sure that the plant or crop that you wish to treat is appropriate for the pesticide selected.

Some natural or organic remedies for control include using a forceful stream of water to dislodge them from your plants, applying insecticidal soap, or horticultural oils (these should be at about 2% oil to prevent foliage burn). Homemade insecticidal soaps can be concocted with 2 teaspoons (10 mL) of a mild dish soap mixed with a gallon (3.8 L) of slightly warm water. A disposable paint brush or toothbrush can be used to spread the soap onto the leaves, ensuring contact with the mites, as well all knocking them off. Neem oil is an effective pesticide that also has fungicidal properties as well. Soaps and oils should be applied about once per week until no further damage is noted. As they hide out mostly on the undersides of leaves, it is important to make sure that both sides of the leaves are treated. Sulfur can be an ingredient in both natural and synthetic mite control. It can be found in spray or dust form. Chemical control includes miticides or acaricides (another name for pesticides that kill mites) containing bifenthrin, abamectin, bifenazate, hexythiazox, or spiromesifen as their active ingredients. Just like with natural controls, it is important to treat the undersides of the leaves, unless the pesticide is trans-laminar, meaning that a surface treatment will migrate through the leaf, and will kill the mites or insects on its underside.

It should be noted that the reason spider mites are such a bane to growers is their high adaptability to synthetic pesticides. Those that are not killed by a pesticide due to their genetic resistance pass those genes on, and before long, chemical pesticides are rendered useless, because the mites are unaffected by them.

Pesticide applications also inadvertently kill the beneficial insects that help to control the populations of spider mites. A typical scenario is that repeated applications of any chemical pesticides results in an environment where there are few to no natural enemies of spider mites, and a population of “super” spider mites that are not susceptible to the active ingredient in the pesticide develops. For these reasons, no one method should be relied on alone, or for any extended period of time. Those formulations that are effective on the adult spider mite,
are not typically effective on penetrating the egg, and are not always useful in killing the larval or nymph stage as well. This is one of the reasons that multiple applications of pesticides are generally needed for effective control.

Predatory mites such as Phytoseiulus persimilis, and Amblyseius californicus can be released in your grow areas to kill spider mites. These “good guys” do not bite people, and will stay put where you release them. When they have done their job, they too will die, as there is no more food source for them.

Spider mites can spread easily by the slightest breeze, or by traveling unbeknownst on clothing. They reproduce quickly in warm and dry climates, and are difficult to control with conventional insecticides. The most effective way to protect yourself from an outbreak is through sanitation, and vigilant monitoring. Action should be taken at the first sight of spider mite damage, and should not be done with half-measures. When possible, dispose of affected plants before the mites get a chance to spread to others.

(And now you know how to get rid of spider mites!)

Chris Bond is the manager of the McKay Farm and Research Station at Unity College in Maine. He is a certified permaculture designer, certified nursery technician in Ohio and a certified nursery professional in New York, where he got his start in growing. He has written hundreds of articles, several books and hosted several radio programs devoted to the art and science of growing things.

Chris Bond is the manager of the McKay Farm and Research Station at Unity College in Maine. He is a certified permaculture designer, certified nursery technician in Ohio and a certified nursery professional in New York, where he got his start in growing. He has written hundreds of articles, several books and hosted several radio programs devoted to the art and science of growing things.