No doubt about it. A group wields more power than one person, and farming cooperatives have been a part of the agricultural community for well over 100 years. Collective ownership and pooled resources gave farmers increased buying power for everything from seed and feed to tractors and implements. Harvest processing cooperatives gave them branding and marketing power too. Conventional farms continue to benefit from cooperatives today. So, its not surprising to see city agriculture ventures adopting their own brand of urban farming cooperatives together.

Buffalo, New York has two distinctly different urban farming cooperatives. One is a worker-owned sustainable vertical farm, aptly named the GroOperative. The team have quickly grown an aquaponic microgreens business that may soon get in the way of their full time off-farm jobs by pooling their skills, knowledge, resources, and spare time. At present the startup occupies the basement of a hydroponics shop, where one of the team still works. But the goal is transforming an old factory into a source for locally grown organic produce, mushrooms, fish, craft beer, kombucha, and more. They want it to be totally self-sufficient and sustainable, like Chicago’s off-grid project, The Plant. One day their farmer co-op will provide living wage jobs, and boost Buffalo’s economy.

And then we have the Farmer Pirates, who sailed into the tax foreclosure auction with pooled funds, and scarfed up 12 consecutive city lots for a song. That was only one farm of four. This urban farming cooperative cultivates over 10 acres of land in the heart of the city, which is a lot compared to most city farms, but this co-op is different in a number of ways.

Firstly, it’s open membership. Anyone in Buffalo who wants to farm can join, but no internships or training is available. There are no paychecks. It’s actually a community land trust where members share ownership of East Side urban farmland. The purpose of this is that if neighborhood market values greatly improve, the farmers are far less vulnerable to developers. The farmers who work on these 2 farms are paid in portions of the day’s harvest that equate to the number of hours they work. This group is focused on feeding themselves and their families good food in a food desert. Only the surplus is sold. Though one of the members has an added-value processing operation, Pickles and Peppers, which turns appropriate crop harvests into fermented and smoked products. 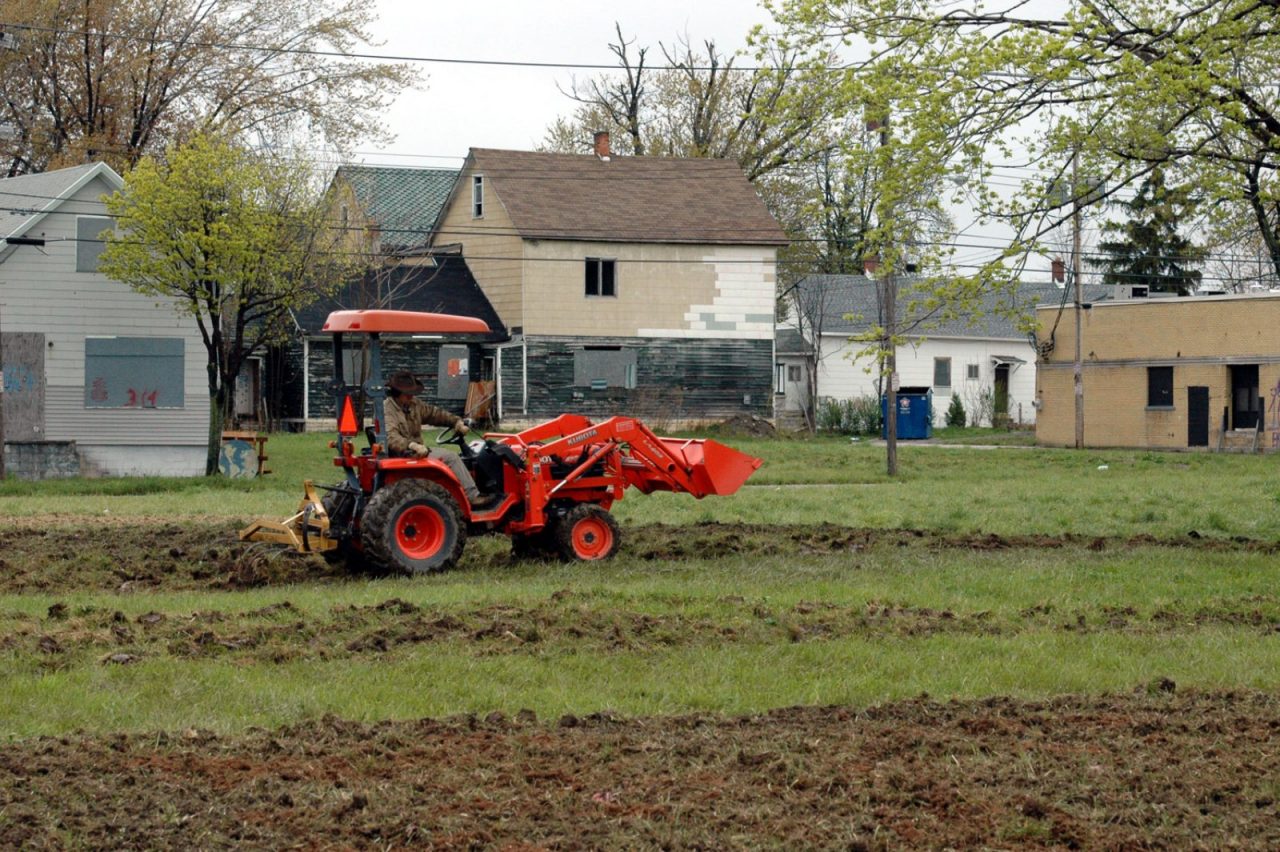 Every city has it’s ethnic neighborhoods, and in post-Hurricane Katrina New Orleans, the Vietnamese community again lost a huge portion of their economic capability after the BP’s oil disaster destroyed the fishing industry. One enterprising young man noted that there was a lot of subsistence farming going on in backyards. It was too sporadic and small-scale to really market, so he created a co-op. Unlike most urban farming cooperatives though, this group has a major problem marketing and selling their produce. The language barrier doesn’t allow the farmers to communicate with prospective buyers. The VEGGI Farmer’s Cooperative takes care of all that, leaving them free to work the soil, and greenhouse aquaponics system.

It’s still going strong 5 years later. The farm has expanded from the initial long-term dollar lease on 3 acres of good arable land. There are now over 20 farmers producing harvests on various sized portions of co-op land. Those that work large pieces do very well, with the top earner taking home over $50,000 last year. The cooperative takes 20% off the top of all sales to cover all the necessities of growing, marketing, and distribution.

All of the examples of different urban farming cooperative styles listed so far are small scale operations. There are also some big fish in the co-op pond seeking to replace vanishing jobs with benefits.

Whether worker-owned, or a union workers setup, these organizations involve the city itself, and it’s institutions. Both models exist in Ohio where Rust Belt mass exodus of factory employers pulled the plug on economic security. Mass unemployment left mayors with no choice but thinking outside the box.

Cleveland’s Evergreen Cooperatives includes Green City Growers, a hydroponic lettuce farm. To date they have not been able to bring sales to the levels needed to produce a crop at full-capacity. In 2015, the worker-owned company was only operating at 65% of their state-of-the-art greenhouse facility. Everyone earns a living wage, but the business is not profitable. In order to make it profitable, they need to operate at 90% capacity or more, but city residents aren’t providing anticipated demand. Cincinnati has a unionized urban farm cooperative. Our Harvest is blessed with a 30-acre farm in the city where they’re growing farmers and a scalable, sustainable local food system. By training new farmers, they will continue to expand operations, feeding an ever-increasing portion of the population locally-grown food. Here too, worker-owners earn a living wage.

Neither of these are sharing economy type models. The unionized cooperative is more successful, but their customers are largely local institutions: schools, hospital, university, and so on.

Here’s an urban farming cooperative model that exists in multiple countries. The first example I found in the US was Detroit’s City Commons CSA, thanks to a blip on Food Field’s website. Small plot farmers might not be able to produce enough fruits, vegetables, greens, and herbs to put together enticing community supported agriculture boxes every week from late spring through fall. Some will specialize in certain foods, like herbs and salad greens, which alone do not a well-rounded CSA box make. By pooling the harvests from several farms they can supply more people with an excellent assortment of fresh food.

This is great insurance against loosing your customer base in the event of a crop failure, your fellow co-op farmers help to keep your buyers active. It also provides a marketing opportunity for irregular harvests like honey and mushrooms. In some communities, these cooperative CSAs also include value-added products like breads, canned goods, and other locally produced foods or wines crafted from local urban farm harvests.